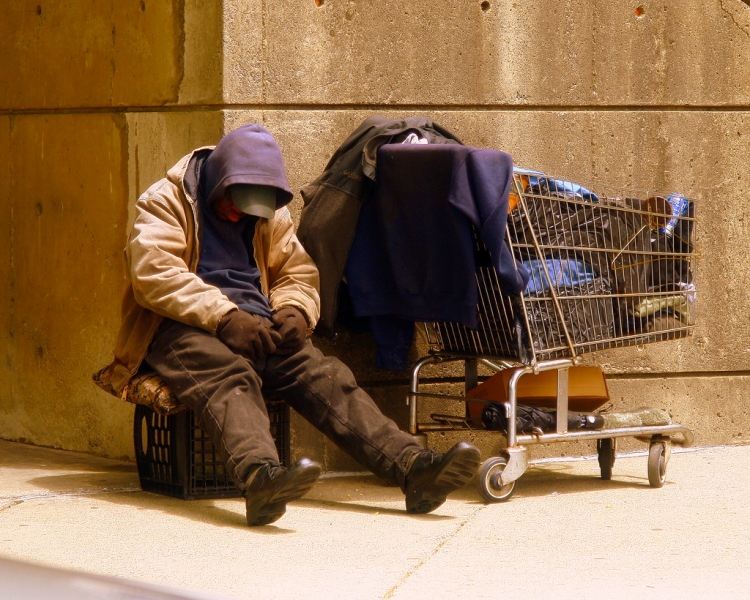 “This fact–the great fact that poverty and all its concomitants show themselves in communities just as they develop into the conditions toward which material progress tends–proves that the social difficulties existing wherever a certain stage of progress has been reached, do not arise from local circumstances, but are, in some way or another, engendered by progress itself.” – Henry George, Progress and Poverty

Although written in 1879, Henry George’s words resonate with many social difficulties of today. In his time, laborers in the workplace experienced the downright squalor brought on by developing capitalism. Although working and living conditions have improved in the modern era, the same structure of exploitation remains intact. Today, the increasing acceptance of neoliberal ideology as the model for good governance and economic growth is shaping the dominant “stage of progress” or mode of production. With free market enterprise raised to the stature of being incontestable, profits are trumping human rights.

The fact that homelessness and poverty exist today is a result not of the failure of housing policy in select city governments or the lack of work ethic on behalf of the individual, but of the institutional disadvantages brought upon low-income community residents by the increasingly liberalized speculative housing market. Exacerbated by a history of racist and discriminatory federal housing policy, the housing problem is a social ill that requires solutions outside the usual paradigm of free market enterprise. In the large Rust Belt cities of Baltimore and Detroit, similar socio-political forces contribute to the creation and sustainment of urban blight. Vacant and blighted properties are not unique to these two cities; they stand as a systemic, institutional and historical problem throughout the country. Baltimore and Detroit are only two examples of a much greater phenomenon, namely that vacant housing and homelessness are engendered by free market enterprise reinforced by discriminatory federal housing policy.

In comparing the rise of vacant housing in Baltimore and Detroit, we must first look at race and ethnicity, given the shameful discriminatory policies that existed during the creation of the suburbs and the decline of manufacturing. Over 80% of Detroit’s 700,000 residents are African American whereas the figure for Baltimore’s 600,000 residents is over 60%. Moreover, 72.4% of whites compared with 46.3% of blacks owned their own homes in the United States by the turn of the 21st century. According to a 2000 Dissimilarity Index of Segregation survey, which measures the degree of blacks’ segregation from non-Hispanic whites in metropolitan areas on a scale of 1 to 100, blacks in Detroit measured in at 84.6, Baltimore at 67.5. Clearly, African Americans compose a majority of the population in the urban centers while whites have fled outward to the fringes of the cities in the comfort of the suburbs. The role that neighborhood locations and segregated housing has on forming a group’s economic and social status severely limits and deprives residents of access to employment and economic development opportunities as well as public facilities. To discuss housing policy and the housing market, we must first consider how past and present discriminatory practices have structured them.

The speculative housing market did not exist in a vacuum: it was immersed in and conditioned by discriminatory federal public policy. Although the FDR administration encouraged economic development through state-created jobs in the New Deal, other programs like the Home Owners Loan Corporation (1933) and the Federal Housing Administration (1934) wholly restructured the American mortgage market by mixing racism with public policy (Singer 15). Both the HOLC and the FHA created maps that detailed areas creditworthy based on the race of their residents; these “neighborhood security maps” established the practice of redlining, preventing residents in predominantly black neighborhoods from obtaining long-term loans for their homes . The FHA established its legacy as the protector of the all-white neighborhood, and it actively sought to bar blacks from buying or renting in white neighborhoods.

“As a result, though the official and legal policies are long gone, the large black ghettoes [the FHA and HOLC] helped to create remain… We could think of these as vestigial effects of these official policies that continue to exert their influence in the way housing is allocated today” (Denton 67).

The Wagner-Steagall Housing Act of 1937 created the U.S. Housing Authority, which subsidized public housing across the country to improve living conditions for low-income citizens. But affordable housing to blacks meant segregating public housing projects and building them adjoined to segregated neighborhoods or on top of marginal land like “near waterfronts, industrial sites, railroad tracks, or highways” (Sugrue 3). Furthermore, the 1944 G.I. Bill and the accompanied social climate of the time effectively excluded blacks from low-cost mortgages, educational benefits and other economic aids otherwise supplied to millions of returning WWII veterans.

The growth of suburbanization and homeownership post-WWII via segregated communities also occurred in more subtle manners. Although the 1968 Fair Housing Act forbade legal discrimination against minorities by property owners, racist selling and buying practices on the part of private banks and realtors directed or “steered” white home-buyers to all-white communities. This combination of discrimination by private real estate brokers and federal housing programs left many black households to fend for themselves in the inner cities, deprived of the wealth-creating aspects of housing investment open to white. Unsurprisingly, we now have racial concentration of poverty in inner cities, and, on average, white families have six times the wealth of black and Hispanic families (Turner).

The speculative housing market in the post-WWII period followed the lead of policy makers. The 1950’s witnessed rapid suburbanization and increased homeownership, and “white flight” served to siphon off middle class renters from the city centers. Aggressive speculation on land values contributed to the overproduction of housing units in the suburbs, which left properties in urban areas vacant. When manufacturing jobs began to disappear in each city, it produced, what George Galster dubbed, an “urban disassembly line.” In 70 years from 1947 to 2007, the number of manufacturing jobs in Detroit dropped 93% (from 333,000 to 23,000). Speculative housing construction in the suburbs oversupplied the market with roughly 10,000 new structures per year for the last 60 years (Galster). This caused a chain reaction to unfold. As populations moved out of the city and increased the demand for suburban commercial activity, buildings in the city center became under-maintained, vacant and abandoned. Following substantial population loss and disinvestment in the city center, the income and property tax bases plummeted; the value of all of Detroit’s property in the 1950s was $45.2 billion in 2013 dollars (Galster). By 2012, the value dropped to $9.6 billion.

Vacant properties contribute to the economic decay of city governments in three ways: they are often tax delinquent, they generate little to no tax revenue, and they depress nearby property values across a community. The failure to address abandoned and blighted houses “translates into $3 billion to $6 billion in lost revenues to local governments” (Vacant 7). Moreover, in a 2001 study, researchers from Philadelphia found “that all else being equal, houses on blocks with abandonment sold for $6,715 less than houses on blocks with no abandonment” (Temple 22). The study showed that vacant properties “rob surrounding homes and businesses of their value”: houses within 150 feet of a vacant experienced a loss of $7627 in value, those between 150 and 300 feet experienced a loss of $6819, and those between 300 and 450 feet experienced a loss of $3542 (Vacant 9). In Baltimore, the Federal Reserve Bank of Cleveland found that vacancies and urban blight reduced the value of nearby properties from 1.7% to 4.6% (Singer 31). According to the US Department of Housing and Urban Development (HUD), in 2006 Baltimore had 58,306 vacant houses, which constituted 19.7% of the city housing stock (Singer 30). In Detroit, the figures are even worse with vacant and abandoned properties comprising 27.3% of the city housing stock (Singer 30). Clearly, vacant and blighted properties stand as economic threats to city governments, homeowners and businesses, but also as impediments to housing the homeless in urban areas.

By 1990, a mere 39% of the African American population in the country lived in suburban neighborhoods compared to 71% of whites (Denton 68). A major cause of this stark difference in socio-economic status can be attributed to federal housing subsidies. At first glance, “housing subsidy” brings into mind “poor people” and those who live in public housing units because of the fact that programs like rent subsidies are much more visible in the public sphere; much more attention and emphasis is placed on federal housing assistance to low-income Americans, especially due to the role of media outlets. In contrast, the largest housing subsidy is invisible: Three out of four (3/4) wealthy Americans receive housing subsidies from Washington through the tax code in the form of tax breaks or tax expenditures (Dreier 105-106). One chief federal subsidy for homeowners is the mortgage interest deduction, which effectively acts as a subsidy for the real estate industry. It artificially inflates home prices, and, though incentivizes homeownership, encourages exclusively high-income homebuyers to purchase larger homes in outlying areas, thus promoting suburbanization (Dreier 110). According to the Western Regional Advocacy Project, in 2012 homeowner tax breaks cost the US Treasury Department approximately $131 billion while total federal spending on low-income housing was approximately $50 billion––a difference of $81 billion (WRAP). These tax breaks have social consequences. Besides linking income disparity to racial, ethnic and classist segregation, the tax breaks both divert funds away from working class and indigent housing affordability and ignore the 13.7 million vacant housing units that are deteriorating city tax revenues throughout the country (Singer 29). Dwindling federal subsidies for low-income housing programs only serve to perpetuate the cycle of homelessness and vacancies in post-industrial city centers. It’s hard to put our heads around the contradictory notion that there is an increase in homelessness accompanied by a simultaneous growth in the number of vacant housing units across the country. This problem is not unique to Baltimore: it is the produce of structural racism, public policy and market dynamics that must be addressed from outside the framework of the profit-motive.