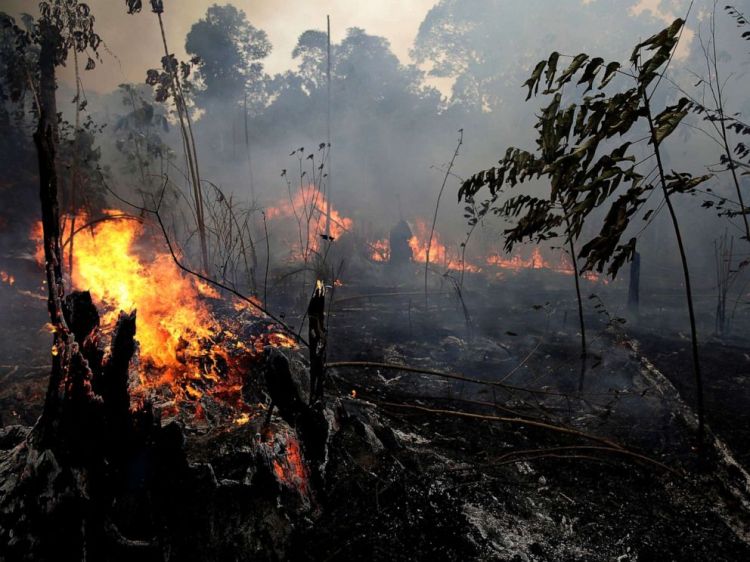 Fires are currently burning in the Amazon rainforest at the highest rate in over 10 years. Via ABCNews.

The Amazon rainforest is disappearing at a record rate. Deforestation in the Amazon has been continually increasing, and is up by 30% from last year. As a result, this year marks the highest rate of deforestation in more than ten years. Rainforests helps soak up carbon dioxide and keep global temperatures from rising. Thus, a threat to the Amazon is a threat to humanity.

According to the Yale School of Forestry and Environment Studies, one of the main causes of destruction, responsible for up to 80% of the recent forest clearings, is the cattle industry.

Greenpeace, the international environmental advocacy group, sought to reach a solution with a private enterprise agreement. In 2009, an agreement intended to help end large-scale fires was put into place. Ten years ago, three of the biggest Brazilian meatpacking companies, JBS, Minerva, and Marfrig, signed an agreement with Greenpeace that prohibited the companies from buying cattle from ranchers who used newly deforested areas to raise their cows.

The agreement provided much needed relief from a public pressure campaign to boycott beef from large commercial sources. However, the question must be asked: was this promise kept? The answer is complicated. Through government audits, there are noticeable indirect purchases of cattle from illegally cleared pastures by all three companies; the largest offender being JBS.

The agricultural industry, and specifically the cattle industry, was the driving force behind Brazil’s economy by 2013. Due to the increasing demand for beef, the conservation plan began to fall apart. 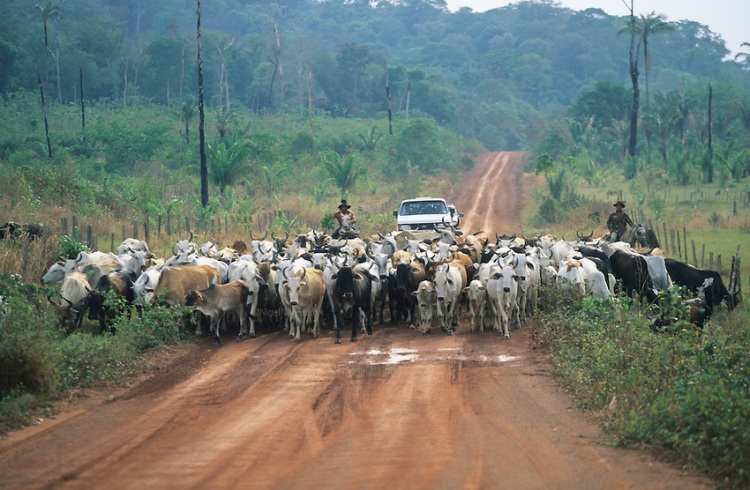 Illegally deforested areas being used for cattle ranching can be found across the Amazon. Via askchange.

The responsibility for the Amazon fires, in part, relies on the failure of the companies to uphold this promise. An inherently ambitious goal, the arrangement was always going to be difficult to achieve.

According to the University of Wisconsin, since 2009, the cattle ranching industry has caused 18,000 square miles of additional deforestation in the rainforest. Lead Greenpeace Amazon activist Adriana Charoux said of the agreement: “We saw that they failed to comply with what they had promised. They could have done much more. The slaughterhouses are making a minimal effort.” And as a result, Greenpeace pulled out of the agreement in 2017.

To compound the issue, ranchers have taken right-wing populist’s Jair Bolsonario’s presidential election in January as permission to continue to clear more of the rainforest. Jeremy M. Martin, vice president of the Institute of the Americas, said if there was one thing Bolsonaro was clear about on the campaign trail: “he was 100% willing to compromise the Amazon for economic upside.” The Amazon rainforest is still currently burning, and continues to burn as Bolsonaro’s government denies the rising figures indicating increased deforestation and alarming pattern of destruction.

The protection of the Amazon hinges on the values of the government and the ability of private companies to prioritize the environment over earnings. Brazil’s struggle to protect the Amazon Rainforest is reflective of the fact that a market supply chain can only be as eco-friendly as its least green link.