At a rally-style event in Florida on February 18th, President Trump illustrated his anti-immigration stance by alluding to a number of terror attacks in Europe. Alongside mentions of attacks in Paris, Brussels, and Nice, Trump urged his supporters to “look at what’s happening last night in Sweden … they took in large numbers [of immigrants]. They’re having problems like they never thought possible.” 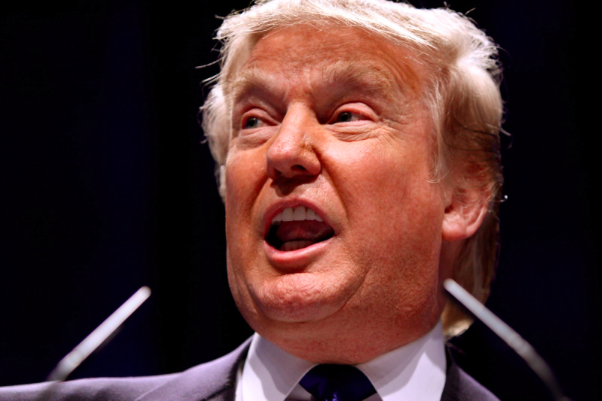 President Trump’s comments have started a debate on the relationship between immigration and crime in Sweden, by Gage Skidmore

The President’s comments created a lot of confusion, since no one seemed to know what event he was referring to. No terror-related incidents had taken place in Sweden the night before – the country has not seen any confirmed terrorist activity since 2010, when a man set off two bombs on a Stockholm shopping street, killing only himself.

Trump himself later clarified in a tweet that his remarks were “in reference to a story that was broadcast on Fox News concerning immigrants and Sweden.” The story in question was an interview with documentary filmmaker Ali Horowitz on his recent film, in which he seeks to ‘expose’ Sweden’s open-door refugee policy. In the segment, Horowitz makes the link between Sweden’s large refugee population and a dramatic rise in violent crime. The segment also included a clip from the film where Swedish police officers are seen explaining that some urban areas with high refugee populations have become pockets of crime, effectively ‘no-go zones’ out of reach from Swedish law enforcement. The police officers in question have since come out and claimed to have been grossly misrepresented, asserting that their comments were edited out of context and that no such areas exist.

Across the Atlantic, Nigel Farage defended Trump’s uncorroborated claims of immigrant crimes in Sweden. On London’s LBC Radio he stated that “Sweden has taken more young, male immigrants than any other country in Europe and there has been a dramatic rise in sexual crime in Sweden, so much so that Malmö is now the rape capital of Europe.”

These comments by Trump and Farage, widely reported in international media, have triggered a public debate about the relationship between immigration and crime in Sweden. While Trump’s rally comments and subsequent tweet referred to the Swedish crime rate more generally, Farage makes a specific statement about immigrants committing rape. Both men imply a direct causation between immigration and the increase in crime. Is there any truth to these claims?

Farage is correct in saying that many young male refugees have taken up residence in Sweden. Over the last few years Sweden has welcomed more refugees per capita than any other European country, and a majority of them have been young men. According to the Swedish Migration Agency, in 2015, at the peak of the crisis, Sweden had over 162,000 asylum applications. For comparison, the UK received 42,000 applications during that same period.

After being questioned about evidence to support his claims, Farage has since explained that his comments were in reference to a 2012 United Nations Office on Drugs and Crime (UNODC) report, which showed Sweden to have the highest rate of rape in Europe.

However, statistical data can be misleading, especially in the case of sexual assault. In the absence of international standardisation, transnational comparisons can be deceptive. Eurostat, the statistical office of the European Union, urges that “comparisons [of crime data] between countries should be avoided” because of differences between their legal and criminal justice systems, reporting rates, and recording practices.

For example, poor conviction rates, stigmatisation of sex crimes, and victim-blaming are factors which cause report rates to differ dramatically between countries. Furthermore, the legal definition of rape has been broadened in Sweden, which means that the same crime might fall under the legal definition of rape in one country but not in another. In some countries, marital (or ‘spousal’) assault is not constitutive of a rape charge, while it is in Sweden.

The BBC reports that these factors are all identifiable in the Swedish case. Two decades of public awareness campaigns that encourage reporting of all sex crimes has caused the country to have a high report rate. The legal definition of rape is broad (it was extended in 2005 and again in 2012 – each time followed by an identifiable surge in the data). Finally, the Swedish recording practices requires each individual act of aggression to be filed as a separate incident. For example, in long-term cases of domestic violence, each non-consensual act will be registered as a separate offence. In most countries, this would only be recorded as one event. All these factors contribute to an inflation of the Swedish data in international comparisons. 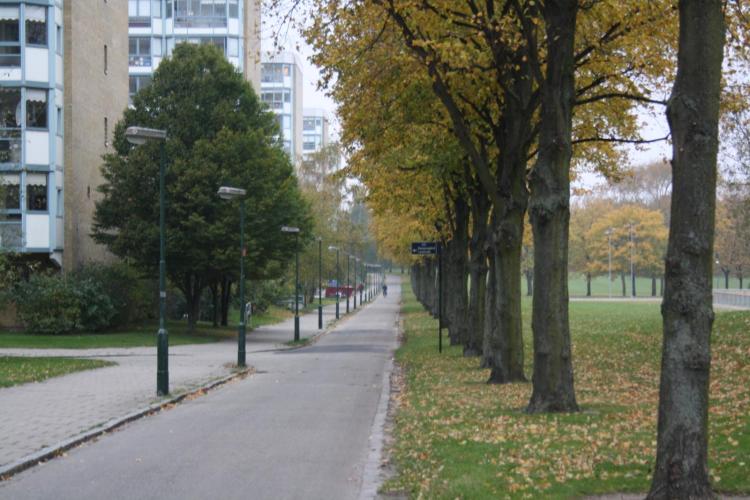 A walking path in Rosengård, one of Malmö’s supposed ‘no-go zones’, by Ulf Liljankoski

Farage’s description of immigrants as causing Malmö to be the “rape capital of Europe” is not supported by evidence. There is no proof of an increase in sexual assault in Sweden. The Swedish National Council for Crime Prevention reports that in 2015, the number of rapes reported to the police decreased by 12% compared to the previous year. Comprehensive statistics for 2016 have yet to be released. His fixation on Malmö is equally confounding. Sweden’s third largest city, where 43% of the population are of foreign descent, does not show an increase in sexual assault compared to urban municipalities. To further claim that immigrants are the perpetrators of sexual assault has no basis in reality, since no data is collected that accounts for the ethnicity of perpetrators of crime in Sweden.

This is not to say that crime generally, and sexual assault specifically, is not an issue in Sweden. However, to attribute the cause of these crimes to immigration is a careless and dangerous act, which undermines integration policies in Sweden. This debate illustrates how easily crime statistics can be co-opted and misrepresented to serve a political agenda. Although both Trump and Farage’s statements have been convincingly disproven, the surrounding ordeal has been detrimental for Sweden’s image abroad, claims Morgan Johansson, Swedish Minister for Justice and Migration. Moreover, these comments have entered into discourse a link between migration and criminal activity that is, in the Swedish case, taken out of thin air.