People need more than food to have a normal life, pointed out Alasdair Gordon-Gibson during his talk in St Andrews on October 16th. Gordon-Gibson graduated in 1982 from the University of St Andrews with an honors degree in Arabic and Islamic Studies. He went on to lead a successful career with the British Red Cross, and he has had many international assignments in various countries, including Ethiopia, Somalia, Rwanda, Democratic Republic of Congo, Russia, the Balkans, India, Sri Lanka, Jordan, and Syria. He has seen first hand how humanitarian intervention has improved over the last twenty years, and also knows of the problems that have yet to be solved.

One of Gordon-Gibson’s earlier assignments was Zaire (now the Democratic Republic of Congo) in 1994. This was following the Rwandan genocide, in which an estimated 800,000 members of the Tusti ethnic group were killed by the Hutus between the months of April and June. After the genocide, the Tutsi-led Rwandan Patriotic Front (RPF) took over. About 1.2 million Rwandans, most of whom were Hutu, fled to the 35 refugee camps that were established in Zaire.

Gordon-Gibson explained that the refugee camps were established on a volcanic plateau. This meant that there was no running water, and refugees suffered from dehydration. Even worse, there was no drainage and up to 50,000 people died from Cholera within the first four weeks.

The refugee situation in Zaire was clearly not ideal, and it became a watershed for standards in humanitarian intervention. Gordon-Gibson described the many improvements to refugee camps that have been applied in Zaatari, his most recent assignment.

This Syrian refugee camp located in Jordan is well organized into sectors, allowing greater organization and efficient distribution of aid. There is now a focus on making the camp child-friendly and restoring normalcy to the refugees lives, providing them with psychosocial relief as well as physical relief. 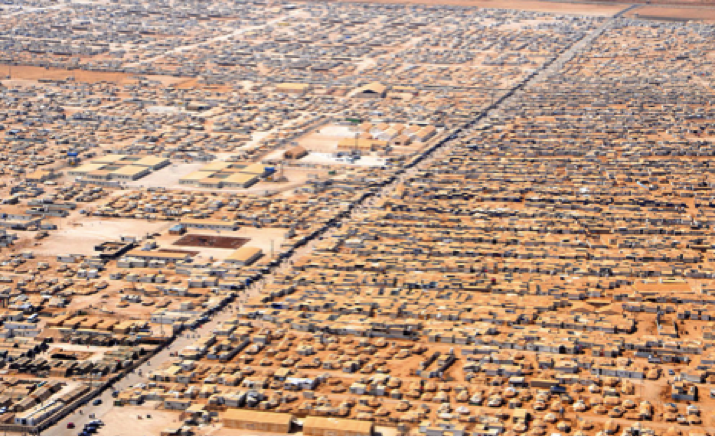 In addition, the refugees are no longer given a month’s supply of food in bulk as they were in Zaire, which was a logistical issue as well as a security issue due to a huge demand and limited supply. The refugees are instead given cards with a set amount of money per person per month. They do their own budgeting and shopping, which solves the logistical and security issues of the past and restores a sense of normalcy to their lives. Some refugees even set up small businesses as a way to make money. This helps the refugees to feel much more independent. They are able to have a sense of control over their out-of-control lives, and not be passive victims of a bad situation. 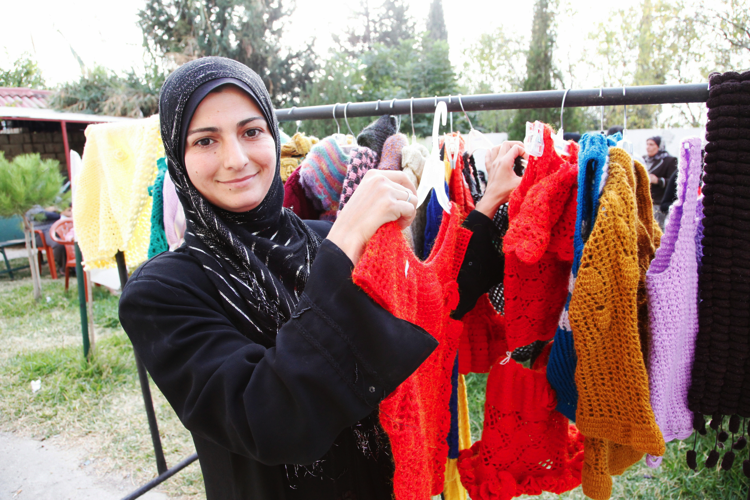 Recent technology has also played an important role in improving humanitarian aid. Satellite images and GPS technology used by the Humanitarian OpenStreet Maps (HOT) help aid workers locate vulnerable groups of people and coordinate the best ways to help. This is especially useful in providing aid to the many people who are internally displaced.

Despite the many improvements in providing aid, there are still serious challenges. One is the militarization of aid. The International Committee of the Red Cross describes the “blurring of lines” debate, and says that “the question is not whether the military can contribute to humanitarian efforts; it…has an obligation under international humanitarian law to evacuate wounded civilians. Aid becoming part of counter-insurgency strategies, however, is much more problematic. …Such developments lead parties to conflicts and affected populations to associate all humanitarians with specific political and military goals in Afghanistan and beyond. When humanitarian action becomes part of strategies aimed at defeating an enemy, the risks for aid agencies in the field grow exponentially. This is when a bright red line must be drawn.” The focus of humanitarian aid needs to be only on helping the civilians in any way possible. When the military becomes involved, motives get more complicated and the situation becomes more dangerous for everyone involved. Another challenge is funding. It is very difficult, if not impossible, to reallocate funding. Donors give money for specific purposes, and it is illegal and immoral to use those funds for a different purpose. This is a problem because all of the money that is donated to over-funded projects still needs to be spent, and cannot be transferred to other projects that are under-funded and in desperate need of more money. According to the UN Refugee Agency, there are over 3 million Syrian refugees, and over 6.5 million more have been displaced inside Syria. However, Syria remains extremely under-funded, and only has 51% of the funding that is needed. Although over $1.9 billion has been received, over $3.7 billion is required.

Lastly, the need for humanitarian intervention continues to grow. According to the Global Humanitarian Assistance report, a record US$22 billion was spent in 2013, compared to a significantly less US$17.3 billion in 2012. Despite several challenges, the changes in the way humanitarian crises are dealt with are significant, and make a real, positive difference in the lives of refugees. However, as these crises continue to grow in scope and number every year, eventually there will not be enough funding to support all of them. The biggest challenge of humanitarian intervention is how to eliminate the need for it in the first place.