On the afternoon of July 14th, 1789 a mob of Parisians stormed the Bastille in the name of “liberté, égalité, and fraternité” as well as a democratic future for France. The French Revolution was characterised by a desire to designate and protect the rights of man. Although almost 230 years have passed since the mob charged the military fortress, notions of democracy, liberty, equality, and fraternity live on engrained in France’s fundamental political and social identity. Ironically, in present times, this date has come to signify the beginnings of France’s devolution into a militarised police state seeking to undermine human rights in the name of national security.

As French citizens, tourists, and expats alike gathered in Nice on July 14th, 2016 to commemorate the sacrifices of the French freedom fighters that came before them, a Tunisian jihadist rammed a truck into the crowd. This act of violence marked the third major terrorist attack to occur on French soil in the span of a year following the infamous Charlie Hebdo massacre and coordinated mass assault in Paris. The November 2015 attack in Paris, that claimed the lives of 130 and wounded many others, led French authorities to enact a state of emergency, granting security forces exceptional powers. Just days before the attack in Nice, French President François Hollande, had announced his intention to end the expansive security measures. However, just two months ago, lawmakers approved the fifth extension of the state of emergency and special security powers that accompany it. 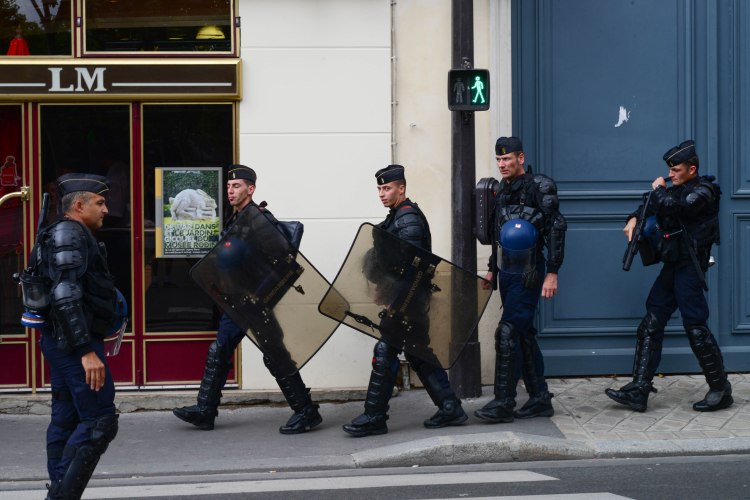 This latest extension marks France’s longest uninterrupted state of emergency since the Algerian War of Independence during the 1950s and 1960s. French authorities cite the upcoming spring presidential election as justification for the extension arguing increased political activity and gatherings elicit a high risk of terrorist activity. Bruno Le Roux, former president of the Socialist Party and newly elected Minister for the Interior, stated that “despite very harsh blows to terrorist groups in Africa and the Middle East the threat has not diminished in intensity and we would make a serious mistake if we lowered our guard.” Although the socialist government has taken the brunt of criticisms, the extension of the state of emergency passed in the National Assembly on December 15th with 288 votes to 32, signifying that the call for the expansion of police powers does not stem from one party but rather, it is a priority for many.

The État d’urgence, or State of Emergency law, created in 1955 during France’s war with Algeria, grants vast powers to the Minister for the Interior and local government officials including the search of homes and other premises as well as restricting people’s movements without a judicial warrant. According to the Parliamentary Commission tasked with overseeing the implementation of the state of emergency, French law enforcement officials have relied on these expanded powers to conduct 4,292 warrantless raids, 612 house arrests (95 of which still remain under house arrest), and 1,657 identity and vehicle control stops. However, these measures have only led to 61 terrorism-related criminal investigations with individuals questioned largely on the grounds of glorifying terrorism rather than any terrorist undertaking.

Human Rights Watch and Amnesty International have made it clear they are aware of the situation and are working to ensure the expansion of militarised security powers does not become the new norm. Human Rights Watch has expressed disappointment in France’s failure to pursue necessary reforms to counter instances of abuse of power namely after new legislation from July 2015 granted the government sweeping powers for digital surveillance without adequate safeguards against misuse. French authorities have also failed to address and pursue reforms regarding harsh identity checks rooted in ethnic profiling amidst increased reports of islamophobia and anti-Semitic attacks.

Amnesty International has gone on to condemn France’s human rights record reiterating that French human rights are at a “tipping point.” The organisation’s most recent annual report on human rights was strategically unveiled in Paris after Amnesty had accused France of using vague evidence as justification for operations violating and restrictions on human rights. Amnesty chief Salil Shetty calls France the “cradle of human rights” and maintains “there are few countries in the world where human rights are more tightly woven in the national psyche,” highlighting the paradoxical nature of France’s current state. The continued erosion of French human rights has even attracted the attention of the United Nation’s Committee Against Torture, which raised concerns regarding allegations of excessive use of force by police carrying out searches. 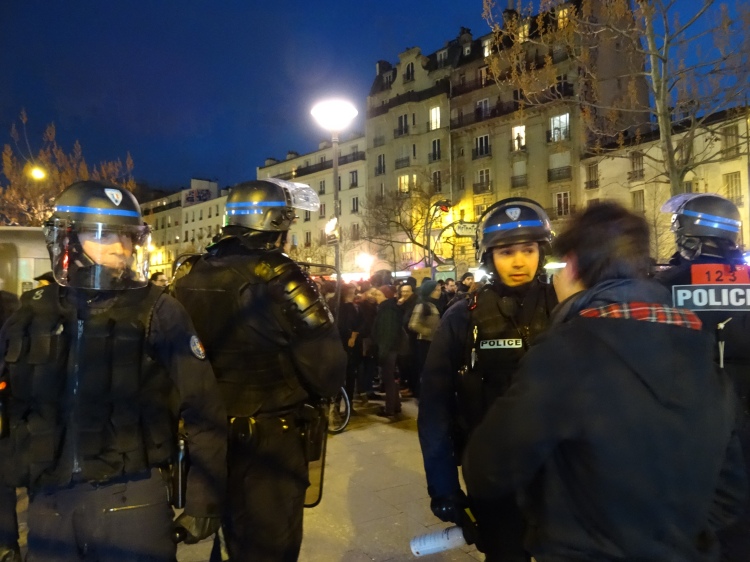 Demonstration to protest against the rape of a young man, by Jeanne Menjoulet

The scope of the state of emergency extends well beyond counter-terrorism activity but gives authorities grounds to restrict rights to demonstration and freedom of expression. Reports unveiled French police have used excessive force against protesters in the form of using tear gas grenades, de-enclosing grenades and rubber bullets, and violently charging demonstrators. Shockingly, these tactics have resulted in the injuries of many increasing animosity and tense relations between the police and the public. Clashes between security and citizen have most recently exposed themselves following allegations of the rape of a young black boy by a police officer.

Although with time France’s information gathering and sharing apparatuses have improved, the question remains, why has French security experienced repeated failures? Some point fingers at France’s six intelligence services that often compete with each other rather than work in conjunction. One can also come to conclusions that the continual spread of xenophobic and racist sentiment, especially directed towards French Muslims and immigrants, does not help minimize trends of homegrown lone-wolf terrorist actors.

It seems as if America’s post-9/11 “War on Terror” rhetoric has been exported across the Atlantic. Many argue September 11th marked America’s decline into a security state consumed with expunging jihadist threats both domestically and abroad through the expansion of clandestine organizations’ and the executive branch’s powers. Similarly to the July 15th legislation regarding digital surveillance, the passing of the US Patriot Act gave American authorities the means to tap into the emails and phone conversations of private citizens. Despite a history of “spreading freedom” and humanitarian intervention abroad, the United States has struggled domestically to uphold these same ideals. Although the American and French fervor for enlightenment ideals of democracy and equality remained intact despite both foreign and domestic intervention during the 18th century, it appears the imminent threat of terror has managed to undermine these previously unwavering beliefs.