In Western democracies, such as Great Britain and the United States, human rights are widely esteemed, applauded, and upheld as the cornerstones of a civilised, modern society. As US President Barack Obama said in a recent trip this year to Vietnam, “Nations are more successful when universal rights are upheld.” Yet, such reverence for human rights is hypocritically ignored by Western democracies when negotiating trade and economic relations with other nations. A prime example of this approach, by which another nation’s disregard of human rights is ignored in favour of trade relations, is Britain and America’s relationship with Saudi Arabia.

The juxtaposition of these Western democratic societies’ values with the abuse of citizens’ human rights in Saudi Arabia is startling. This year began in shocking fashion when Saudi Arabia executed 47 individuals, including the prominent Shia cleric Sheikh Nimr al-Nimr, who called for free elections, anti-corruption, and non-violent activism in Saudi Arabia. Presently, his nephew Ali al-Nimr lives in fear of the death penalty being carried out against him. He was just 17 years old when he was sentenced to death by crucifixion for his participation in a pro-democracy demonstration during the Arab Spring uprising. Having been tortured and forced to sign a false confession, which was then used as the evidence against him, Ali could be executed at any time. Such disregard for the fact that he was a minor at the time of his sentencing, as well as for accepted and fair procedures of justice, connote how the Saudi judiciary and government often do not respect international law on human rights, as outlined in the United Nation’s Universal Declaration of Human Rights.

In terms of press freedom, Saudi Arabia often initiates reactionary measures against those who criticise the ruling elite. Saudi writer Raif Badawi, who expressed his opinions on the separation of religion and state as well as on freedom of speech via his blog, has been in jail since 2012, with the prospect of one thousand lashes hanging over him and his family. When a writer is sentenced to physical punishment and imprisonment for their words, it raises the question of how Western nations such as Britain and America, that purport to stand for freedom of speech, can enter into economic relations with Saudi Arabia. 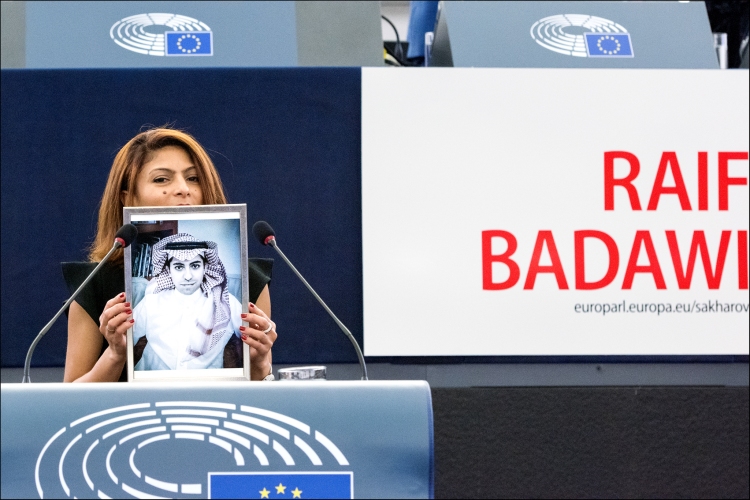 Moreover, the rights of women in Saudi Arabia are curtailed. Although in 2015 women were for the first time allowed to vote in municipal elections, they could only register to do so with the consent of their male guardian. The male guardianship system means that adult women must obtain permission from a male guardian to travel to a foreign country, marry, or to be released from prison, and possibly to work or receive health care. This applies to all women, and their guardian is often their father or husband; some mothers even require consent from their sons. Such restrictions last for the entirety of a woman’s life as women are, from the perspective of the state, permanent legal minors. The life of women in Saudi Arabia therefore stands in stark contrast to the freedoms of women in Britain and America.

Seemingly, Britain and America behave rather hypocritically, and perhaps morally reprehensibly in their trade with Saudi Arabia. This raises the vital question of whether human rights should be sacrificed in the name of free trade and international economic deals. Should Western democracies trade with countries like Saudi Arabia that violate the human rights we societally purport to revere and uphold?

The world is rarely clear-cut in terms of moral responsibility, and one may be naïve in viewing the complicated world of trade and foreign relations so simplistically. Indeed, the opposing argument would hold that the act of blocking economic relations with Saudi Arabia would be regressive, and perhaps this is the case. By isolating such a powerful actor in the Middle East through sanctioning trade, Western nations such as Britain and America would lose leverage and diplomatic relations with Saudi Arabia. 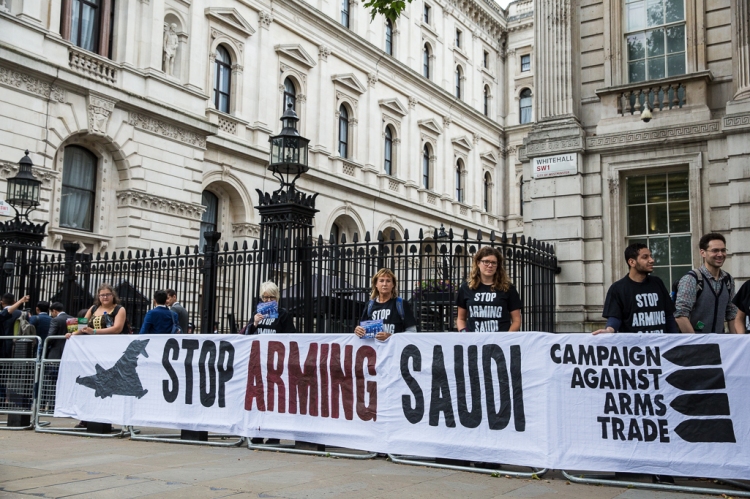 Moreover, some might argue that blocking trade with Saudi Arabia would only hurt consumers and exporters in the West, as well as damage relations with the Saudi government. In the words of Ronald Reagan, “The freer the flow of world trade, the stronger the tides of human progress and peace among nations.” Therefore, arguably the act of trading with all countries, whether repressive of its citizens rights or not, aids and promotes freedom and development. Historical examples of this theory in action include Franco’s Spain and Communist China. Indeed, imposing sanctions against Saudi Arabia in the name of human rights could disrupt the relationship between Western democratic nations and Saudi Arabia, while doing nothing to improve human rights. Perhaps, then, the best policy for promoting human rights in states such as Saudi Arabia that frequently ignore them, remains economic and diplomatic engagement, as opposed to a trade embargo that would likely damage the Western relationship with Saudi Arabia, as well as harm consumers and exporters. Perhaps we are wrong even to politicise international trade in the first place by making it an arena for human rights battles.

So, what is the answer? Should Western nations shun Saudi Arabia based on its government’s disregard of human rights? In an ideal world, such a solution would encourage the Saudi government to respect human rights. However, in the complicated world of diplomacy, realpolitik, trade, and foreign relations, such an action perhaps seems short-sighted, and even dangerous in terms of isolating a major power in the Middle East. Nonetheless, even if cutting all economic ties with Saudi Arabia seems unrealistic, Western democratic nations and their leaders should do more to condemn abuse of human rights in Saudi Arabia, and use diplomacy and ‘soft power’ tactics, as well as the leverage of trade, in order to influence progress on the fundamental human rights those in the West often take as granted. Therefore, while the solution may not be as drastic as to cut all trade ties with Saudi Arabia, Western governments ought to do more to encourage and persuade nation states like Saudi Arabia, that do not uphold many human rights, into respecting them.

If you would like to learn more about human rights in Saudi Arabia, please follow this link. If you would like more information on and ways to support the individual cases of Raif Badawi or Ali Mohammed Baqir al-Nimr then please click on their respective names.