The most important festival in Shia Islam, Ashura, occurred this year on October 11th. Around the world, Shi’ites marched to commemorate the martyrdom of Husayn, the Prophet’s grandson, who was killed at the hands of a Sunni army. Every year this festival highlights the divide between Shia and Sunni Islam, and it has increasingly resulted in violence between the two sects. One such case this year was the eruption of violence in northern Nigeria, with reports of at least eleven deaths and hundreds of injuries linked to violence around the festival.

In Funtua, a town in the state of Kaduna, nine were killed when soldiers opened fire on Shia marchers. Angry mobs, purportedly comprised of young local men, attacked Shia gatherings, killing two elsewhere in the state. The homes and community centres of Shi’ites were set ablaze across the north of the country. While the international community has been confronted with the atrocities of Boko Haram, who seem determined to fight the entire world, this more subtle conflict within and between Nigeria’s Islamic communities has gone almost entirely unnoticed. 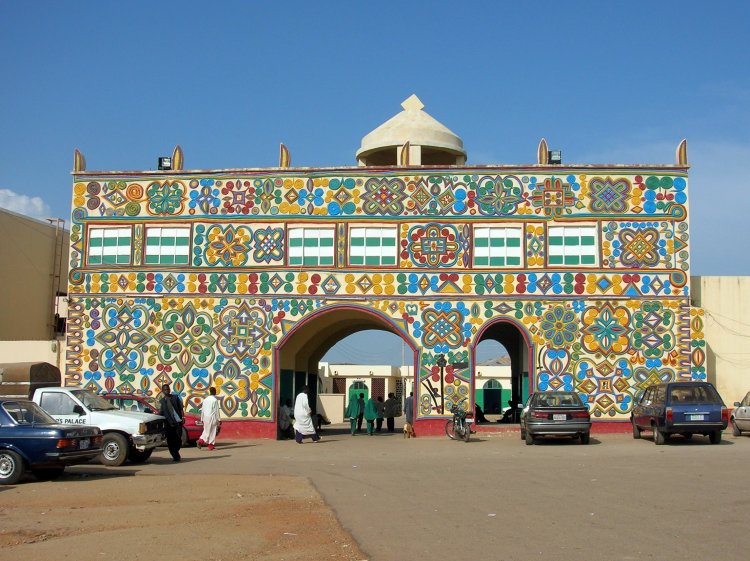 Northern Nigeria has a long Islamic tradition, as shown by this gate to the palace of the Emir of Zaria, by Shiraz Chakera

Nigeria’s population is split almost evenly between Christians and Muslims, with the Christians living predominantly in the south and Muslims living predominantly in the north. Within the Muslim population itself, only a very small proportion (estimated to be 3-4%) are from the Shia sect, with over 90% of Nigerian Muslims practicing Sunni forms of Islam. Shi’ites face discrimination, particularly in northern states, which have incorporated Sunni interpretations of sharia into their laws. The states of Kaduna and Katsina recently went so far as to ban the Ashura festival itself. The fact that Shia groups defied what they considered to be blatant discrimination and marched anyway may have been what led to the violence seen on October 11th.

The deeper causes of this October’s violence are mired in a potent mixture of politics and religion. Nigeria’s main Shia-associated group – which led the march in Funtua – is the Islamic Movement of Nigeria (IMN). Founded by the charismatic Sheikh Ibrahim Zakzazy in the 1980s, the IMN advocates peacefully for Nigeria to become an Iranian-style Islamic state. While the movement is Shi’ite in its ideology and theology, many dissatisfied Sunnis have also been attracted to the movement. However, for almost three decades the movement remained little-noticed by the authorities.

The Boko Haram insurgency, which began in 2009, put Nigerian Islamists in a harsh spotlight, particularly the IMN, as it also called for an Islamic State to be set up in Nigeria. As well as bad publicity for the Muslim community, Boko Haram also brought a huge military presence to northern Nigeria. These government soldiers, primarily from the south of the country and unfamiliar with the religious and demographic geography of the northern regions, have frequently been accused of heavy-handedness and brutality in their attempts to keep the peace.

This was displayed during last year’s Ashura, where army attempts to enforce state laws against Shia processions also led to violence and tensions with the IMN. These escalated into a siege of the IMN’s headquarters in Zaria, in which hundreds of Shi’ites were killed and the movement’s entire leadership was imprisoned. The fact that Shi’ites still marched in defiance of the ban this year may indicate that the IMN has promoted a new group of more confrontational leaders. This could lead to the group taking a similar trajectory to Boko Haram, who themselves only took up violence after the arrest and killing of their leader Muhammed Yusuf. 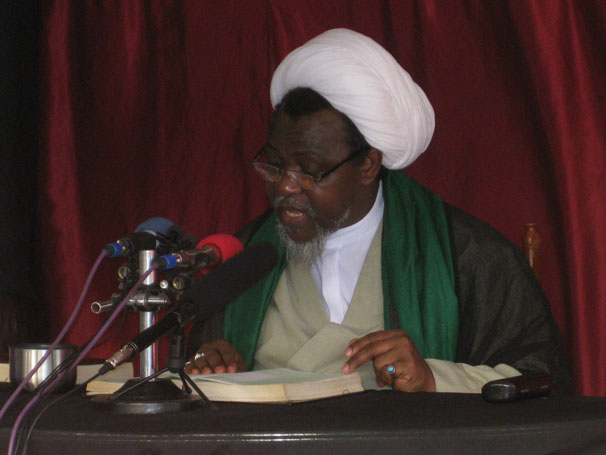 As well as tensions with the Nigerian army, the Shi’ites are facing an increasing Sunni Islamist movement that discriminates against them. Since the late 1970s Nigeria has been part of the worldwide surge in Wahhabi ideology, taught in religious schools, evangelised through websites, television channels and radio stations, and all funded by oil money from Saudi Arabia. Wahhabism emphasises the apostasy of the Shia and considers them to be a threat to Islam itself.. Wahhabism has taken hold in northern Nigeria from the grassroots level of inspiring violent mobs of young men to high offices, where individual state legislatures pass increasingly radical versions of sharia into law.

This process is aided by the fact that Nigeria, though a secular state, is governed by the socially conservative All Progressives’ Congress, who encourage decentralisation of power to the state level. This decentralisation principle has ensured that Nigeria – ostensibly a secular state – has not interfered in the increasing Sunnisation of its northern states, and fails to prevent the ostracism of a vulnerable minority.

Nigeria has seen this before, in the worryingly recent past. The process of a radical but non-violent movement turning increasingly to violence, through loss of leadership and heavy-handed military opposition, is exactly that taken by Boko Haram after 2009 and the death of Muhammed Yusuf. So far that insurgency has claimed over 20,000 lives and it has taken over seven years to drive the militants out of populated areas into the remote borderlands of Borno state. It must be remembered that, as an organisation, Boko Haram is surprisingly weak. It has never been able to recruit in significant numbers, and relies on slavery and drug trafficking to sustain its organisational capacity.

The Islamic Movement of Nigeria is a different matter. It has significantly larger membership and popular appeal, even attracting non-Shia members who are dissatisfied with Nigeria’s secular system. More importantly, whereas Boko Haram is internationally isolated (especially after its pledge of allegiance to the so-called Islamic State), IMN is allegedly backed by Iran. While the extent to which the Islamic Republic supports the movement is unclear, Sheikh Zakzazy has repeatedly pointed to the Islamic Revolution, along with movements such as Lebanon’s Tehran-backed Hizbullah, as the inspiration for his movement.

The events of this year’s Ashura show that Nigeria risks blundering into a conflict even more devastating than that against Boko Haram. If its actions continue to drive Nigeria’s main Shia movement towards extremism it may find itself faced with an enemy as highly motivated as Boko Haram, but with international backing and significantly more recruits and resources.