You wake up every morning in a refugee camp, converted into a city, commonly referred to as “the ghetto” by your Israeli counterparts; life is anything but easy. In fact, water might not even be accessible by 2020. It has been two years since your family fled from your previous home, seeking refuge in a school during the war in 2014. The schools and hospitals in the area were not safe; however, there was no other hope for safety or survival. Your fellow neighbors and brothers had also been displaced from their homes, destroyed by the conflict, only some of them lucky to escape with their lives. Your loss of business and livelihood to the blockade have made you completely dependent on the United Nations Relief and Works Agency (UNRWA) for food and cash assistance. Since that time, you know that the only hope you and your children have is a political agreement between your people and the Israeli government, but that kind of agreement does not seem to be a reality in the near future… This is what it is like to be a Palestine refugee living in Gaza.

UNRWA is one of the oldest UN agencies, founded in 1949 following the 1948 Arab-Israeli conflict. The agency was mandated to provide assistance and aid to the Palestinian people who have been displaced by one of the oldest protracted conflicts in history. As a strictly humanitarian organization, the Agency’s services encompass education, health care, relief and social services, camp infrastructure and improvement, microfinance, and emergency assistance, including in times of armed conflict. These services are provided to the five areas of operations in which UNRWA operates (as depicted in the map below). With the ongoing conflict in Syria, many Palestine refugees have been further displaced to surrounding countries, mostly Jordan and Lebanon. The Agency strives to work with the people and for the people while they are awaiting a political solution to the dispute. UNRWA is unique in that it has always worked with this singular group of refugees, while other agencies such as United Nations High Commissioner for Refugees works for the displaced people around the globe. Unlike UNHCR, UNRWA does not have the capacity to provide durable solutions for their beneficiaries because of the lack of political compromise and solution to the causes of the Palestinians displacement. The number of refugees continues to rise; when the Agency began operations in 1950, it was responding to the needs of about 750,000 Palestine refugees. Today, more than 5 million Palestine refugees are eligible for UNRWA services. 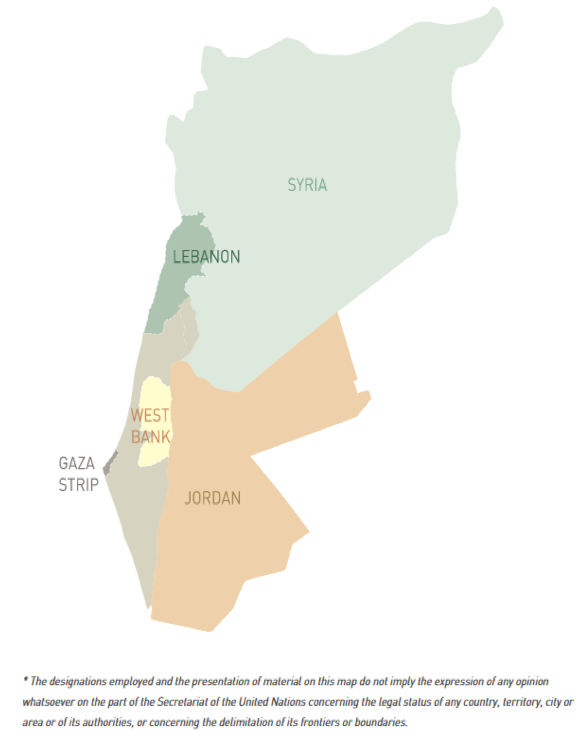 During the summer of 2016, I have been privileged to work as an intern for UNRWA. While I have only completed half of my allotted time here in New York, my world has been enriched with knowledge and an experience that I know will never leave me. It seems quite easy in today’s world to disengage with the issues involving persons who are so far away from our daily life. As a community, many of us have become desensitized to the violence and conflict coming at us from all forms of social media and news outputs. It is almost easy to put the ideas of children fleeing conflict in Syria or refugees stuck in camps indefinitely in the back of our minds. However, it is this plight and suffering that needs substantive attention and action in today’s world, particularly the conflicts that are protracted or have the potential to become protracted. Seventeen years is the average length of stay in a refugee camp for those seeking safety having fled from persecution, war, or conflict. The civil war in Syria has reached its fifth year of fighting as of March 2016, officially making it a protracted situation. Indeed, this time period is minute in comparison to the upwards of seventy years that Palestinians have lived in refugee camps and displacement from their homes. Without a change in the political climate, a dedication to more durable solutions, and a commitment to fighting the root causes of conflict, these situations will only continue to worsen.

Despite the war, conflict, violence, oppression, and seemingly hopeless situation, this summer I have seen such great resilience and determination in the Palestine refugee population, who endure nearly impossible living conditions in poverty and absolute poverty. UNRWA does its utmost to foster human development by helping Palestinians to acquire knowledge and skills, lead long and healthy lives, achieve decent standards of living, and enjoy human rights to the fullest possible extent. I think that it is through these provisions of aid that Palestine refugees can survive and strive for a future beyond their current situation.

The Agency is 97% funded through voluntary contributions; they make their work extremely dependent on the generosity of the member-states who view the Agency’s work as vital to the welfare of the people. With the recent global economic hardships, UNRWA has seen a significant drop in funding and a devastatingly underfunded budget. While emergency appeals for extra funding have been made, the only real solution for the Palestinian people is a political compromise to end the conflict that has endured for far too long.

The world that we live in today has bountiful need and a limited amount of resources. It is the responsibility of this generation to achieve peace and security for the entire globe, but especially for those affected by the interminable conflict between Palestine and Israel. Blame can be placed on both sides of the tragedy from the military occupation of the Israeli military to the incitement of terrorism of a select number of Palestinians; however, this conflict has to end in order to free the Palestinian people from their longtime suffering and displacement. Securitization of either side will not lead to a resolution. It is dialogue, social compromise, and reform that will ignite the necessary change. Working at UNRWA these past few months has taught me innumerable lessons and I wish I had more time to talk about all of them. 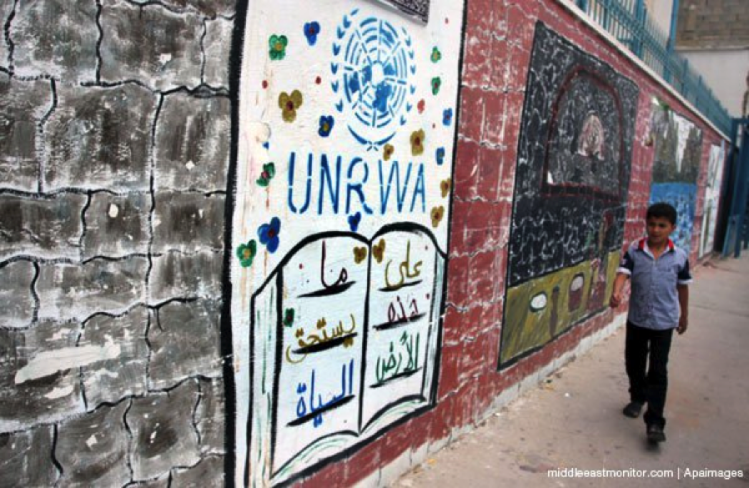