Recently there have been multiple studies on the correlation between climate change and conflict, notably with the Syrian civil war. A study published in PNAS quantitatively connected climate change in the Fertile Crescent, most specifically the jarring drought, with human conflict. Articles have begun to warn about the dangers of shifting blame for human violence to climate change, as the possibility of reducing the complexities of warfare and absolving moral responsibility become possible. François Hollande was quoted at the November Conference of Parties (COP21) as saying “What is at stake with this climate conference is peace.” There are many nuances in this talk between conflict and climate change, with the underlying understanding being that climate change is a ‘threat multiplier.’

In light of talks of exacerbating conflict, a different view of ecological diplomacy focuses on peace via environmental initiatives. A productive route to global sustainability could address both conservation and nonviolence: peace parks, also know as Transboundary Protected Areas (TBPA). 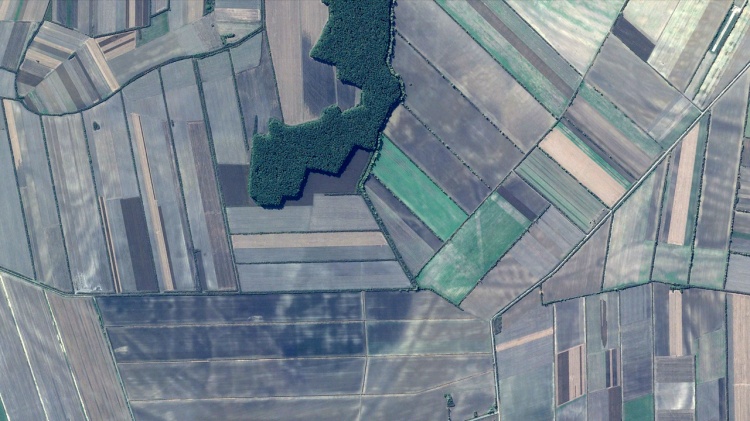 A view of the Croatia-Serbia border: while humans have created borders, the earth has not. From Google Earth

The Transboundary Protected Areas Network of the World Conservation Union defines peace parks as “transboundary protected areas that are formally dedicated to the protection and maintenance of biological diversity and of natural and associated cultural resources, and to the promotion of peace and cooperation.”

Instead of using climate change as a proliferator of fighting, the universality of deteriorating landscapes and loss of resources should be a reason for co-operation. Professor Saleem Ali notes “Once conflicting parties realize that a deteriorating ecology is a detriment to all sides they are more likely to co-operate.”

Peace parks are about shared sovereignty of the environment and bring nations at war or with historical tension under an umbrella of common cause. Often with roots as buffer zones, areas can be de-politicized and turned into an ecological necessity, especially as climate change escalates. With resources failing and extreme weather intensifying, transnational areas of protection can increase natural productivity and better guarantee basic human rights, land productivity, and biodiversity.

TPBA’s can be found all over the world and in 2007 there were 227. Their history is extensive: national parks in Great Britain can even be traced to the no-man’s land during conflict dating as far back as the Roman times. The 520 square miles of Brecon Beacons National Park along the Welsh-English border marks such a border zone. Other examples include the UNESCO World Heritage Site Parque Internacional La Amistad (International Friendship Park) on the border of Panama and Costa Rica and the Cordillera de Cóndor mountain range between Peru and Ecuador. Smaller examples exist on borders such as Kuwait-Iraq and Israel-Jordan. Southern Africa has a number of transfrontier conservation areas including the worlds largest, Kavango Zambezi, spanning an area the size of France.

There have been talks of a peace park spanning the Israeli and Jordanian sides of the Jordan River, once the site of a shuttered hydroelectric power plant, now turned into a closed military zone. The demilitarized zone between North and South Korea is the sight of planning for a peace park. Ali says, “In Korea previously damaged ecosystems have bounced back as a result of the space created by the conflict.” The North and South Korea DMZ project is a great example of environmental diplomacy and a case study for promoting peace between countries technically still at war.

Building peace parks requires bottom-up planning and engagement, another lesson to be learned in global policy regarding climate change security. Engagement with indigenous/native populations is often the key to success, helping to restore human rights to historically marginalized groups.

Ultimately we should not let climate change lead to more conflict. Peace building via transboundary protected areas should be increasingly integrated into mitigation.