As human beings, we place high social value on what qualifies us to be good people, some of the most prominent criteria being generosity and kindness. In especially privileged regions of the world, people are eager to engage with charities as a way to achieve these characteristics, but do the organisations we support really fulfil these goals? With the rise of social media and digital marketing, charities have gained a more accessible platform to reach a bigger audience to spread their message and to ask for donations, whether it is via advertisements or pop-ups on internet platforms. Though this should theoretically increase the base of donation and support for these charities, studies have shown that the public’s trust in these organisations has dropped 6% since 2017, with 33% of those surveyed linking the cause to this media coverage.

The visibility of disheartening and immoral scandals found in the work of high-profile charities has increased due to the media acting as a platform that allows for transparency in the work of these organisations. As stated in the England and Wales Charity Commission Report of July 2018, charities are the fifth most trusted public figure, putting them 0.2 points below the trust the public would give an average stranger on the street. The report cites that negative news stories about the work of charities and their excessive advertising campaigns have created a wave of doubt about whether a sizeable portion the money donated does in fact reach the beneficiaries promised to those giving. Trust in overseas aid has also declined from 40% to 36%, majorly due to the explicit ethical violations uncovered about charity workers in less economically developed countries. The most recent and shocking example of this revelation was uncovered by an investigation pursued by The Times, in January 2018, into the misconduct of staff helpers at Oxfam in Haiti following the 2010 earthquake. Oxfam GB has since been banned from supplying developmental aid to Haiti, and thousands of regular subscription donations have been halted, following the forcible dismissal of nine people after it was revealed that they had sexually exploited children and women in exchange for food and resources. 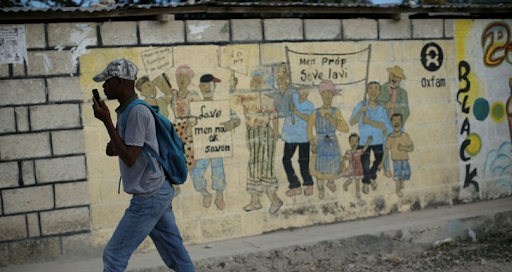 The distrust in charitable organisations not only stems from the gross misconduct uncovered, but also that they have been able to hide these issues for so long. The aforementioned abuse allegations of the Oxfam workers had been ongoing since 2010, however it only came to light eight years later after intensive media investigation. The Head of Safeguarding at Oxfam, Helen Davies, claims that despite having brought up concerns in 2015 about the treatment of women in resource camps in Haiti, no-one took action on her words, alluding to the internal mismanagement of these violations. It is only now that this has gone public that repercussions have been faced, shown by Penny Lawrence’s (former Deputy Chief Executive of Oxfam GB) resignation following the scandal as she has now taken ‘full responsibility’ for ‘harm and distress’ caused. This has not been the only case of large organisation cover-ups, as a similar situation entailed in the Barnardo’s scandal of 2017. Many groups have come forward about the disregard for many abuse cases of patients in Barnardo’s care homes, dating from the 1960s-1980s, as the charity’s solicitor admitted in the Supreme Court hearing that Barnardo’s were aware of the allegations, but did not feel the need to keep the records which could have been used as evidence in criminal cases. This systematic neglect by charities to manage their workers and the accountability they hold, has been reflected in poor publicity for large organisations, as 74% of people now feel uncomfortable with publicly fundraising for these charities.

Following the drop in public support, the UK Charity Commission’s chairman, William Shawcross, stated that ‘it is a wake-up call for everyone who supports charity in this country‘, putting the fault on ‘poor fundraising, inappropriate data sharing and commercial relationships‘. MPs and public officials have, although overdue, cracked down on dishonest and unethical charity work, warning charity bosses that they are on their last chance to ‘get their house in order’. Not only will abuse allegations be taken more seriously, but accountability to data control and confidentiality will be checked upon more frequently, as a government commissioned review by Sir Stuart Etherington put forward proposals for a new supervisor to be convened for the industry. Failure to comply to enhanced management checks will mean that large partly government-funded companies will face statutory regulation, confining their global outreach and fundraising methods.

While there will always be dispute that regulations and policies have not gone far enough to diminish these scandals, it is realistically left to the charity itself to ensure that its functioning is upheld to the ethical code it has promised, and that transparency to its donors is maintained regularly. As Bond, the international development network, summarises: ‘NGOs must protect people from abuse, hold abusers to account and encourage those affected to come forward to report incidents.‘ We can only hope in the future that charities will align with these principles, and slowly but surely, our trust in them will be restored.