In a Huffington Post article, Bernie Sanders points to mass incarceration and the use of for-profit prisons as America’s deepest flaw, saying, ‘We have more people in jail than any other country on earth, including Communist China, an authoritarian country four times our size. The United States has less than five percent of the world’s population, yet we incarcerate about a quarter of its prisoners — some 2.2 million people.’ The sheer scale of the U.S. prison population in relation to that of other countries should be enough of a warning sign that something must be done about our current criminal justice system.

In practice, for-profit prisons incentivize locking people up for low-level or non-violent offenses, as the higher the number of prisoners, the higher the profit for corporations that own and run these private facilities. According to the Sentencing Project, a nonprofit organisation committed to creating ‘a fair and effective criminal justice system by promoting reforms in sentencing policy, addressing unjust racial disparities and practices, and advocating for alternatives to incarceration’, approximately 8.5% of the total state and federal prison population is currently incarcerated in private prisons. At the moment, there are no existing consistent regulatory practices in place at private prison facilities from state to state. While 23 states do not use private prisons at all, New Mexico houses 40% of its prison population in private facilities run by large corporations.

The privatisation of prison facilities affects not only those who commit criminal offenses, but also the immigrant population. A 2016 report from the United States Immigration and Customs Enforcement revealed that private prisons held more than 75% of immigrant detainees that year. The conditions at these detention facilities are often deplorable to the point of detainees protesting the harsh circumstances they have been subjected to becoming a norm amongst the population. Al Jazeera America provides further evidence to this claim: ‘The U.S. Constitution prohibits cruel or unusual punishment of inmates. Increasingly, private prisons fail to meet even that minimal standard. One egregious example is the Bureau of Prisons’ contracts that require 10 percent of private prison beds to be set aside for solitary confinement.’ Since private prison facilities can maximize their profit by keeping all beds full, this results in an incentivised overuse and abuse of solitary confinement. Notable records of these tactics include instances in which immigrant mothers were punished by being placed in solitary confinement for protesting the unsanitary, unsafe, and inhumane conditions at their detention centers.

Two distinct corporations dominate the private prison landscape; the Corrections Corporation of America and The Geo Group, Inc. In 2017, the President hosted the GEO Group at one of his Miami-area golf resorts for their annual leadership conference. The Washington Post notes, ‘Even as the president has targeted lobbyists and Washington special interests with his vow to “drain the swamp”, GEO Group has regained its footing while escalating its spending on traditional tactics such as lobbying and campaign donations.’ Meanwhile, the CCA has also made clear their connection to financial gain and proceeding with the current harsh standards the United States’ criminal justice system, admitting in a 2010 Annual Report filed with the Securities and Exchange Commission: ‘The demand for our facilities and services could be adversely affected by . . . leniency in conviction or parole standards and sentencing practices.’ 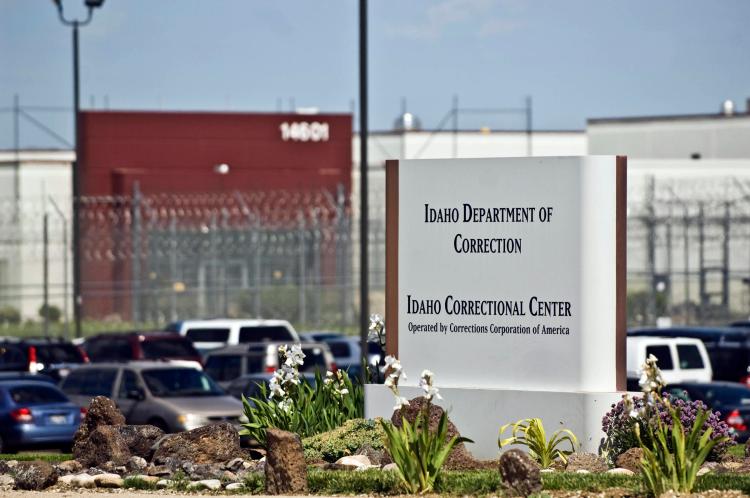 Though in some aspects a partisan issue, the use of mass incarceration and continued employment of private correctional facilities should be seen for what it is at its core: An infringement of basic human rights at the cost of government, taxpayer, and community resources and for the gain of few profiteers in the private prison industry. This is an industry which disproportionately hinders the freedom of minorities, immigrants, and other vulnerable populations in order to allow groups like the CCA and GEO Group (as well as politicians) to continue to reap benefits. The continuation of the United States prison system as it is being run under the Trump administration is one which is long overdue for change.