“Not My President.” These three words have been entering the daily conversations of the American public since November 9, when Republican nominee Donald J. Trump was declared the next President of the United States. Discontent with the ascension of an individual that has consistently exhibited racist, xenophobic, and overall bigoted behavior, thousands of Americans have taken to the streets, claiming that the result of this democratic election was not representative of the people’s will.

At the same time, another story has been making its way around the country; Secretary Hillary Clinton is taking the popular vote by 1,439,123, according to David Wasserman of the Cook Political Report, with that number rising daily. By the standards of almost every other liberal democratic jurisdiction in the world, Hillary Clinton won the presidency. The American people, simply put, chose Hillary Clinton. She is not the President-elect, however, because America participates in the Electoral College.

This is only the fifth time in American history that the elected President did not win the popular vote. This rare phenomenon, thus, allows us as a collective to question the legitimacy of America’s Electoral College system. With this examination, it is clear that the Electoral College propagates a system that upholds a certain white supremacy within the United States. In this sense, the term “white supremacy” is used to describe the dominance of white influence in the United States, versus its colloquial reference to racism and bigotry.

Protestors outside of Trump Hotel in Washington DC, by Lorie Shaull

It is perhaps best to explain the Electoral College’s faults by looking at the system’s genesis. James Madison recounted the mass deliberation between the delegates in choosing a method for the election of the new head of their government every term. Within this deliberation, the Electoral College addressed two main imperatives, one of which was to bolster the interests of slaveholders. Southern states had an enormous number of slaves that contributed to population size but could not vote. The Electoral College system would thus give the South extra clout in Presidential elections. At its heart, the current presidential election system was designed to push forward a white agenda and disenfranchise those who did not fit that label.

While that agenda was laid out in the eighteenth century, when slavery and other forms of overt oppression were commonly practiced, the Electoral College continues to effectively disenfranchise racial minorities today. In 2000, when Al Gore both won the popular vote and lost the election, Yale Law School professor Akhil Amar stated “[The Electoral College] was designed at the founding of the country to help one group—white Southern males—and this year, it has apparently done just that.” In 2016, the same analysis applies.

Thus, the Electoral College systematically waters down the power of big state voters, while bolstering the power of smaller states. What is more is that states are not demographically identical; ethnic minorities tend to gravitate towards larger, more urbanized states. According to the Huffington Post, in the four largest states — states which have the least voting power per person — 52 percent of the population is of a racial minority; of the 33 states and Washington D.C. with 10 or fewer electoral votes — states that have the most voting power per person — 28 are ‘whiter’ than the national average.

In the 2016 election, the Electoral College thus underrepresented Clinton’s diverse, urban-centered coalition, and overrepresented Trump’s coalition, which is based around white, rural, and suburban people. This may be the result of chance geographic positioning of voters in the United States, but that lack of malicious intent has no impact on the reality of the system. 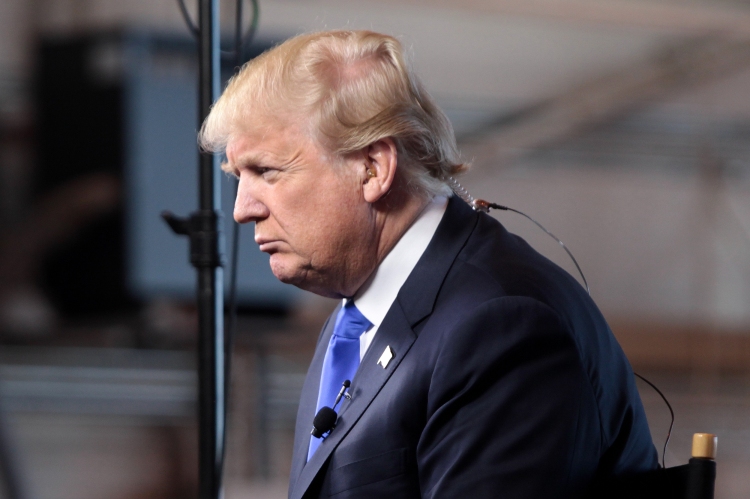 When political commentator Van Jones characterized Trump’s victory as a “White lash against a changing country,” he was not wrong. The white vote was weighted more than any other group during this election. Even though every single other racial minority group voted overwhelmingly against a Trump presidency, his popularity among white voters is all that mattered.

This is simply indefensible. The United States touts itself on being a beacon of diversity and equality, yet the leader of our nation is essentially determined by the will of one singular demographic. There is no democratic value to largely confining presidential campaigns to a relatively small number of large that devalue the individual vote. Furthermore, white rural states, which are already massively overrepresented in the Senate, hardly need further overrepresentation when choosing the president.

While the Electoral College is faulty, it probably will be there to stay. This singular system has been responsible for handing Republicans two successful presidents-elect in the last two decades despite losing the popular vote, giving them more than enough reason to thwart the supermajorities required to pass a constitutional amendment.

What is worse is that this anti-democratic system has reinforced anti-democratic action, and will continue to do so as long as it is used. In 2000, when the Electoral College last ignored the popular vote, John Roberts and Samuel Alito were elected to the Supreme Court and played their part in tearing down the Voting Rights Act. A solidly Republican Supreme Court will continue to promote anti-democratic action via avenues of voter suppression, which we have already seen in Republican state legislatures, and will further disenfranchise minority voters. Currently, there are a number of efforts to abolish the Electoral College, most notably by a MoveOn petition, which has garnered almost 600,000 signatures since its inception.