In August 2015, the Temple of Baal in Palmyra was reduced to rubble. Completed in AD 32, it has served as a Mesopotamian temple, a Christian church, and an Islamic mosque, but now the iconic ruins stand as a reminder of the physical impact of Daesh, also known as Islamic State or ISIS. Worldwide outrage ensued but Daesh still continued to destroy the rest of Palmyra, including the museums and libraries which held important historical artefacts. This cultural destruction has had a very real human cost with some even losing their lives protecting the history and culture of their country. In the same year Daesh bulldozed the ancient city of Nimrud in Iraq and destroyed thousands of manuscripts in Mosul. These ancient monuments, religious sites for religions that are no longer practiced, were deemed blasphemous and idolatrous. The destruction of Palmyra and Nimrud was a deliberate act of iconoclasm by Daesh and it will not be their last.

Iconoclasm is defined as the intentional destruction of religious icons and monuments for the purposes of religious or political motives. This is by no means a recent trend; throughout history the destruction of monuments and dedications has been a simple move to establish dominance. In 2001 the Buddhas of Bamiyan were destroyed by the Taliban. In minutes the 1500-year-old statues became nothing more than dust and another news story. 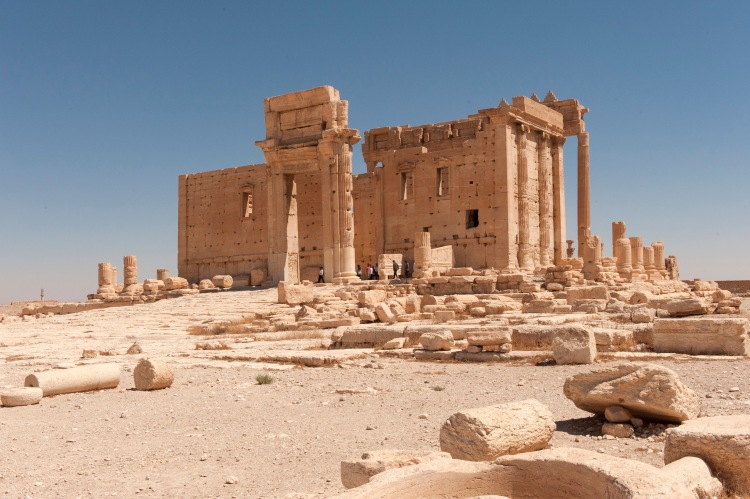 The Temple of Baal in Palmyra in 2010, by Egisto Sani

Established in 1956 with a second protocol in 2004, the Hague Convention for the Protection of Cultural Property in the Event of Armed Conflict aims to protect and preserve cultural property in areas of conflict. In the case of the convention, cultural property has been defined as monuments, art, archaeological sites, scientific collections, books, and other objects of cultural significance. Syria, and other countries that Daesh occupies, have ratified this convention but in the current conflict it is difficult to enforce, especially given the fact Daesh is a terrorist group and thus has not ratified the convention.

Damage to and destruction of cultural property is to be somewhat expected in any conflict, however there are different categories to the destruction. Sometimes buildings and monuments are caught in the crossfire and thus collaterally damaged. Often damage facilitates looting, with the focus on the monetary value of the property rather than its cultural value. Daesh, however, is deliberately destroying any cultural property which does not fit into their extremist version of Islam. Alongside the ancient polytheistic ‘pagan’ sites destroyed by Daesh, many early Islamic sites and other religious buildings are being reduced to rubble. The destruction is both religious and historical. Thousands of years of history are being destroyed, much of which can never be recovered. This intentional destruction is less about the past and more about the present, the culture in which people live now. Daesh seeks to destroy the vivid historical narrative which exists throughout the Levant, a history which involves multiple religions and ethnic groups.

Khaled al-Assad gave his life to protect the artefacts and ruins of Palmyra. As the head of antiquities for Palmyra he spent nearly fifty years dedicated to the preservation and conservation of the ancient city. Before Tadmur (modern-day Palmyra) was captured by Daesh, he helped to move and hide artefacts to safe locations. When Tadmur fell, al-Assad was detained by Daesh and tortured, but still he did not reveal the locations of the artefacts. He was publicly executed as punishment, his headless body hung from a column on the ancient site. A sign rested on his body declaring him an apostate, someone who abandoned Islam. This is the harsh reality of Daesh’s attack on cultural heritage. The history they destroy and erase impacts real people living within the shadows of the sites.

The long-term impact of Daesh’s destruction is yet to be known. The sites are immortalized in pictures and words, but the impact to livelihood and culture is already monumental. Political unrest and conflict strips an area of tourists and subsequently causes the economy to decline. For example, the 2011 Egyptian Revolution brought a new political era after Mubarak but also caused the tourism sector to crash drastically. Tourists were warned not to visit the country and the once popular sites became quiet. The Egyptian Antiquities Minister stated that income from Egypt’s ancient sites has fallen by 95% since the revolution. For a country with a rich and long history which relies on tourism for the stability of the economy, this is devastating. 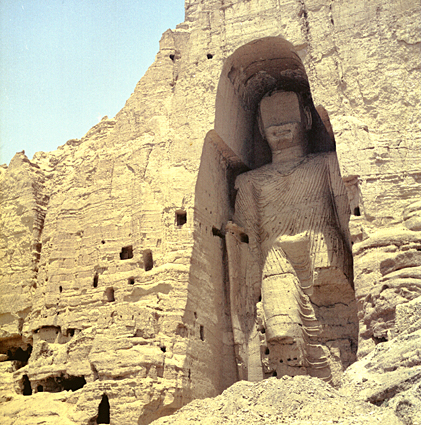 One of the Buddhas of Bamiyan, standing at approximately 53 meters tall, in 1974, by Volker Thewalt

On September 26th 2016, Ahmad al-Faqi al-Mahdi was sentenced to nine years in prison for attacking religious and historical buildings in Timbuktu, Mali. Sentenced by the International Criminal Court (ICC), the same court that deals with horrendous war crimes, his sentence is an important step towards the protection of cultural property. Ahmad was part of the North African Tuareg extremist group Ansar Dine, who deliberately attacked buildings with historical and religious significance. His conviction raises awareness of these crimes and the importance of cultural heritage and property. It also raises hope that, in the future, Daesh members will be prosecuted for their role in the destruction of Palmyra and similar sites.

Despite the efforts by UNESCO and academics worldwide, the destruction of cultural heritage as a means of establishing dominance and erasing history prevails. In the recent past these destroyed monuments would remain piles of rubble and broken statues. However, technology and a desire to recreate the past has brought many destroyed monuments back to life. In June 2015, the Buddhas of Bamiyan rose once again as 3D light projections filled the empty cavities where the statues once stood. The New Palmyra project seeks to rebuild Palmyra using photographs of the original site and 3D printing to create accurate models. These new monuments have been displayed in Trafalgar Square and Central Park, bringing awareness to both the destruction and the new project. In the face of cultural destruction by groups like Daesh, there will always be people ready to protect their history and culture.