Women in the military have a history that extends over 400 years into the past. Women all over the world serve in the military and in different roles. Yet only certain nations permit women to fill active combat roles. The US recently overturned a 1994 rule banning women from serving in certain combat positions, potentially clearing the way for the presence of women in front-line units and elite commando teams. They now join the handful of countries that allow women to partake in active combat roles (New Zealand, Canada, Denmark, Finland, Italy, Germany, Norway, Israel, Serbia, Sweden and Switzerland). The question is, will Britain follow the US lead?

Women may now join the British Armed forces in all roles except those whose “primary duty is to close with and kill the enemy”. As it stands around nine per cent of the British armed forces are women. In the Army, 67 per cent of all jobs are open to females, compared with 96 per cent in the RAF and 71 per cent in the Royal Navy. But opportunities are continuing to open up. In 2011 women were allowed to serve on submarines for the first time and have been heavily involved in the wars in Iraq and Afghanistan, serving as pilots, military police and intelligence officers.

So is the ban really a case of sexism, of politically incorrectness? Or is it rather the realisation of a harsh reality: that women are not as physically able as men in this capacity? An eight-stone female can’t carry a 15-stone man, which, if he were wounded, she would need to. It is not politically incorrect or sexist. It’s not about equality, either.

I think we all can, women included, accept that there are physiological differences between male and female that would have an impact on performance in these positions. As Coloner Mike Dewer notes, the inclusion of women may result in a “sub-optimal infantry”. However, if the ban were lifted it would not mean that all women would be able to serve in those positions. Only the women who were deemed capable through testing and training would be. So what’s the real problem?

The main obstacle for women who want to serve their country is an outmoded set of biased assumptions about their place in society. It may be surprising to discover that many feminists are actually opposed to women’s complete integration into military roles as this encourages further militarisation of society, and the military being a typically masculine domain it thus encourages a further masculinisation of society.

Women who serve in the military rarely escape their gender. Take Faye Turney’s story, for instance. She was part of a group that was taken captive by Iranian military personnel in 2007. Faye received the most amount of media attention out of all of her colleagues, and in each and every report, or story, was reference to her motherhood. Her heroism, and her courage were both measured in relation to the fact that she was a mother. It’s unlikely that reports would follow the same pattern if they were about a soldier who also happened to be a father.

It is clear that the next step forward for the UK is to lift the ban, but it should not be assumed that this will be the end of the line concerning gender issues in the military. The next battles for female soldiers will be ensuring that this policy is implemented effectively, stamping out any remaining sexist attitudes. 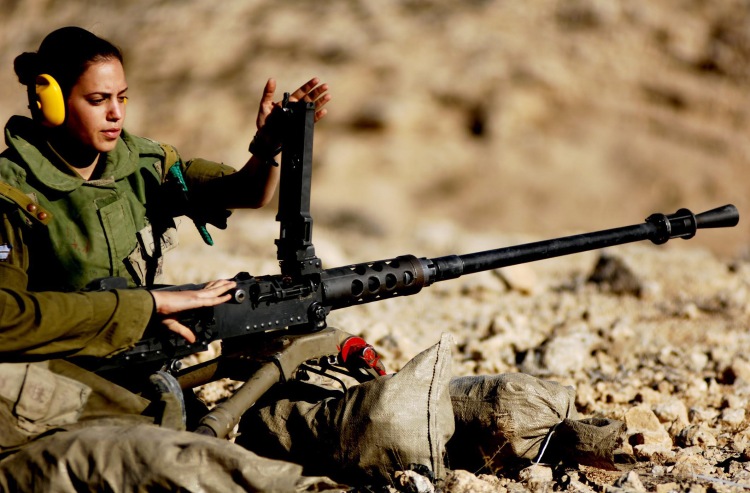